How To Deal With Fear Of Rejection 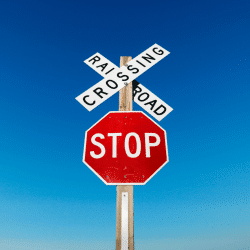 Fear of rejection was a challenge for me for a long time but it didn’t really cause any problems until I started my business.

I am passionate about learning so not only had I learned my craft (coaching) but I had studied the marketing and business side of it too. I knew what to do, when to do it and how to do it.  The only problem was…

The problem was, whatever reason / excuse I came up with, as a coach I knew fine well what was going on..

I was scared, people talk about fear of failure, fear of success but when I was starting out it was fear of rejection.

I had given a meaning to someone saying “no” to me and it hurt, it felt personal. That meant that I unconsciously didn’t step up so I couldn’t get hurt.

Now I open up, put myself “out there” because it means I am alive and being courageous enough to lead by example and live my best life!

Now I see life through a different lens…

Its not rejection, its life… nature… biology. I’m not right for everyone and everyone is not right for me. We all have different personalities, values and beliefs so its ok for someone to say no to me.

How To Overcome Fear Of Rejection

Be aware that the thing keeping you stuck is fear. It is always fear in some shape or form that stops us from achieving what we want. If in your case it is fear of rejection then congratulations, you have an awareness of the problem which means you can start to do something about it.

You have to believe you can overcome the fear of rejection. If you believe “other people can but I can’t” then you have work to do on your inner critic. If there is any doubt in your head that you can’t overcome the fear then don’t move on until you have changed that belief. The easiest way to overcome these sort of limiting beliefs is to look for evidence that you can change how you think about things.

Look for times when you used to think something that you know now isn’t true.

When you start to believe that it is possible to get over your fear of rejection its time to start talking to yourself differently, use positive affirmations, notice the disempowering things you say to yourself and turn them round into empowering statements

I remember a fellow coach saying small steps are for babies… the’re NOT.

Small steps build momentum, small steps build confidence. Thinking about how many people you should be connecting with or how much traffic you need to your website to build a list can lead to overwhelm. Start where you are! Start with just one next step and give yourself a pat on the back. Often that feel good feeling when you do something that scares you will lead you into thinking “that wasn’t so bad, I’m going to do it again” If you get a yes or a sale then thats fantastic but don’t make that the goal.

If something doesn’t go to plan thats ok. Remember there is no failure only feedback! Work out what you need to do differently and GO DO IT!

Ask a mentor or a family member or friend to challenge you and hold you accountable if you have been putting something of because of worrying what others will think.

I’d love to know if you have another strategy for overcoming fear of rejection, leave me a comment and let me know.