Category Archives for Unleash the REAL you

How To Give Up Guilt 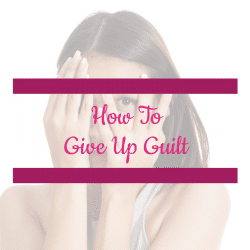 Feeling guilty? You’re not alone, guilt is an occupational hazard for most women.

Not earning enough money or being able to give the kids the attention they crave, feature high on the list of mum’s guilt triggers, research reveals.

“It seems mums are suffering a huge amount of guilt when it comes to their kids, within days of their child being born because of the myth surrounding how we should care for our babies”

According to the research, 87% of mums feel guilty at some point and a fifth said they feel guilty most’ or all of the time.

Guilt is a wasted emotion.

Instead of allowing guilt to drag you down use it as a trigger to stop and ask yourself:

“what is the feeling of guilt telling me”

Are you being too hard on yourself? What would you tell a friend if it was them who felt guilty about the situation?  It may be easier said than done but you may need to adjust your expectations so they are more realistic. If you’ve really given the situation your best shot and there’s nothing else you can do, give yourself a break!

Is the guilt telling you to ask for support? Talk to others about the problem. A coach can help you to work through the situation in a quicker, easier and more productive and healthy way. Or perhaps a trusted friend has been through a similar situation. If so, ask them about how they handled the situation and how they think you can make things better.

Is someone else giving you the guilt? There are many people who may try to bring you down and make you feel unnecessarily guilty. Some of these people may even be close to you, maybe your mum doesn’t approve of you working. Maybe she does approve of you working but doesn’t understand why the house isn’t as tidy as it “should” be. Make the conscious decision to ignore this kind of behaviour. Strive for the confidence and awareness to prevent others from forcing guilty feelings onto you. This is a choice you can make!

Feeling guilty all the time is unhealthy, both physically and mentally. Use these strategies to help you enjoy your life free from guilt!

Do you need help with your motivation? Consider using the “magic” 30 minutes. 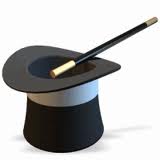 It’s the 30 minutes before going to sleep, and using it properly can help give your motivation a kick start.

This week you finally did it. You brought the gym bag out of storage and joined an exercise class. Or, you finally decided to quit smoking. Or, you bought that juicer and have vowed to start eating healthy. Whatever the goal is, you finally have what it takes – motivation.
And so you plunge ahead. Until… END_OF_DOCUMENT_TOKEN_TO_BE_REPLACED Continue reading

For motivation! All of us can benefit from inspirational thoughts, so here are ten great ones. 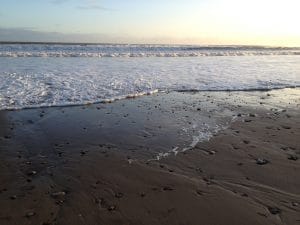 .…was a walk along the beach .

YAY I achieved it!!

“Big deal” I hear you say (or is that my own inner critical voice, very critical sometimes) Well it is a big deal for me because I am determined that this is the start of a fitness habit. Never mind new year resolutions, DAY ONE STARTS NOW!!

I’ve started an exercise regime many, many times and on ocassions kept it up for a few months but time and time again something has stopped me. Maybe I just didn’t have time or catching the flu interupted my plans and I just never got going again. Whatever the reason (excuse) I’ve just never been great at making time for exercise. Possibly because I’m relatively healthy and I’m not overweight so it’s just never seemed that important. But I’ve known for a long time that I’ve got to make exercise a consistent part of my lifestyle. I need to stay healthy, reduce stress and to stop my weight creeping up any more like it has been slowly for the past year or so. END_OF_DOCUMENT_TOKEN_TO_BE_REPLACED Continue reading 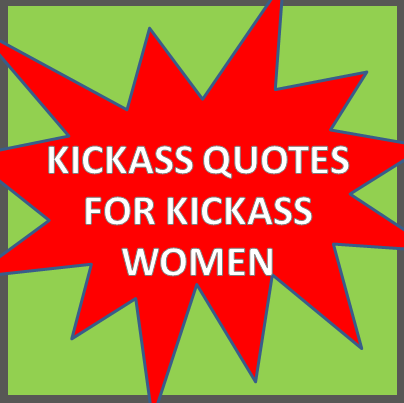 It is my daughter Ellies 18th birthday soon and I have no idea where the years have gone. As a coach and lover of all things personal development I LOVE kickass quotes and inspirational stories. I share them with Ellie (and anyone else who will listen) but as a teenager who knows EVERYTHING, she tends to just roll her eyes at me.

I thought I would share some of my favourite inspirational quotes on my blog and dedicate this post to Ellie, my gorgeous amazing daughter.

But before I share them I want to tell her and everyone who reads this how proud I am of her.

For a year or so, during those difficult “teenage years” there were times when I wondered what I had done to deserve such a moody child!!

I wasn’t that bad!

…was I?
END_OF_DOCUMENT_TOKEN_TO_BE_REPLACED Continue reading

How to achieve your childhood dream

I wanted to share one of the most inspirational videos I have ever watched.

When someone first shared it on Facebook I was curious, but as it was over an hour long I thought I would watch the first 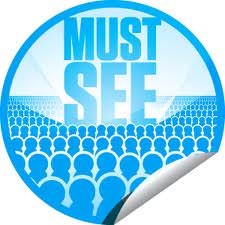 few minutes before moving on to something else. I watched it from start to end and I loved it and I’ve watched it at regular intervals since and I still love it!!

If you haven’t come across it before, Randy Pausch is a Carnegie Mellon Professor, who was dying of pancreatic cancer. He gave his last lecture “Really Achieving Your Childhood Dreams,” at the university in September 2007. He gave advice to students on how to achieve their own career and personal goals.
It is inspirational, educational, moving and funny and if you carve 1 hours 15 minutes out of your day to watch it right the way through I guarantee that you will pleased you did.
You can watch the video at the end of the post but first here are some of my favourite Randy Pausch quotes:
END_OF_DOCUMENT_TOKEN_TO_BE_REPLACED Continue reading
« Previous 1 2 3